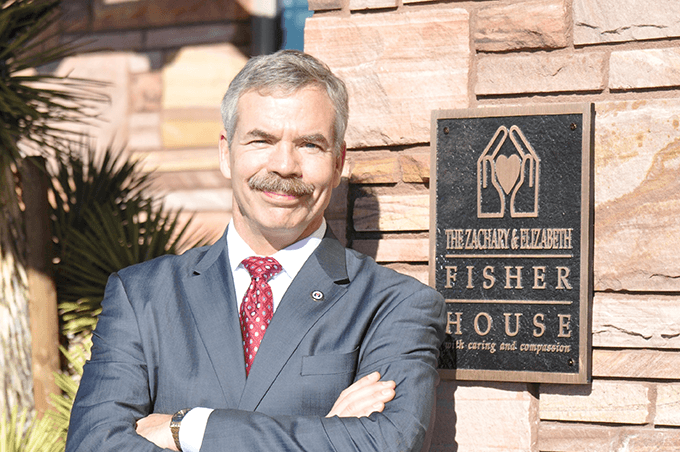 Brian Gawne, CAPT, USN (retired) joined Fisher House Foundation in 2010 after 28 years of naval service. He served for five years as the Foundation’s VP for Operations, and in 2015 transitioned to VP of Community Relations. In this position, he coordinates with Department of Defense (DoD) and Veterans Affairs (VA) Officials, local community groups, and military medical centers to support existing Fisher Houses and help build new Fisher Houses where they are needed most. Additionally, he is the program director for the Foundation’s Heroes’ Legacy Scholarship program for children of service members who died or were severely disabled in military service after September 11, 2001.

A combat veteran of six fleet tours in fighter aircraft, Brian served as Commanding Officer of the Navy’s first F-18F Super Hornet squadron. His staff experience includes consecutive tours in the Pentagon as a budget analyst and executive assistant in the Navy’s Programming Directorate (OPNAV N80), and division chief for the Director Navy Staff. He also served two years in Stavanger, Norway as a strategic plans officer assigned to NATO’s HQ North. He is a graduate of the US Naval Academy, holds a masters degree from the Naval War College, and has logged over 3500 flight hours in F-14 fighter aircraft as a Naval Flight Officer.

Brian and his wife Jan currently reside in Burke, Virginia. Jan is a former critical care resource nurse and a volunteer at the Fort Belvoir Community Hospital. Their daughter Madeleine is a critical care nurse who has worked at Walter Reed National Military Medical Center in Washington, DC, their son Ryan is a Lieutenant serving in the US Navy, and their daughter Kelly is computer engineer.

We are officially 5 weeks away from the 2022 Fisher Service Award ceremony! Head over to our Instagram page @FisherHouseFdtn for a chance to win an exclusive swag bag!

@Habitat for Humanity Riverside has always provided a series of classes for new homeowners, such as budgeting home repairs, insurance, & wills. They saw a need to expand their programming so veterans and their families could make the journey from renter…

To all our friends and families in Florida, stay safe. Our hearts are with you.

To all our friends and families in Florida, stay safe. Our hearts are with you. 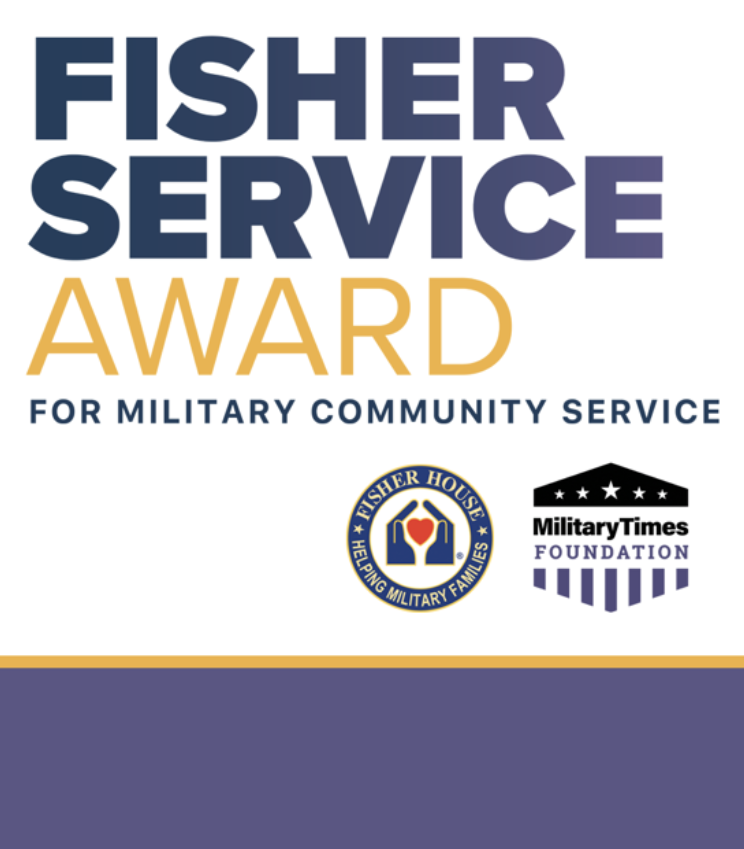 Recognizing innovative programs for military and veteran communities, we are proud to partner with @Military Times Foundation for the 2022 Fisher Service Awards! #FisherServiceAward https://t.co/rsnMblPQBe 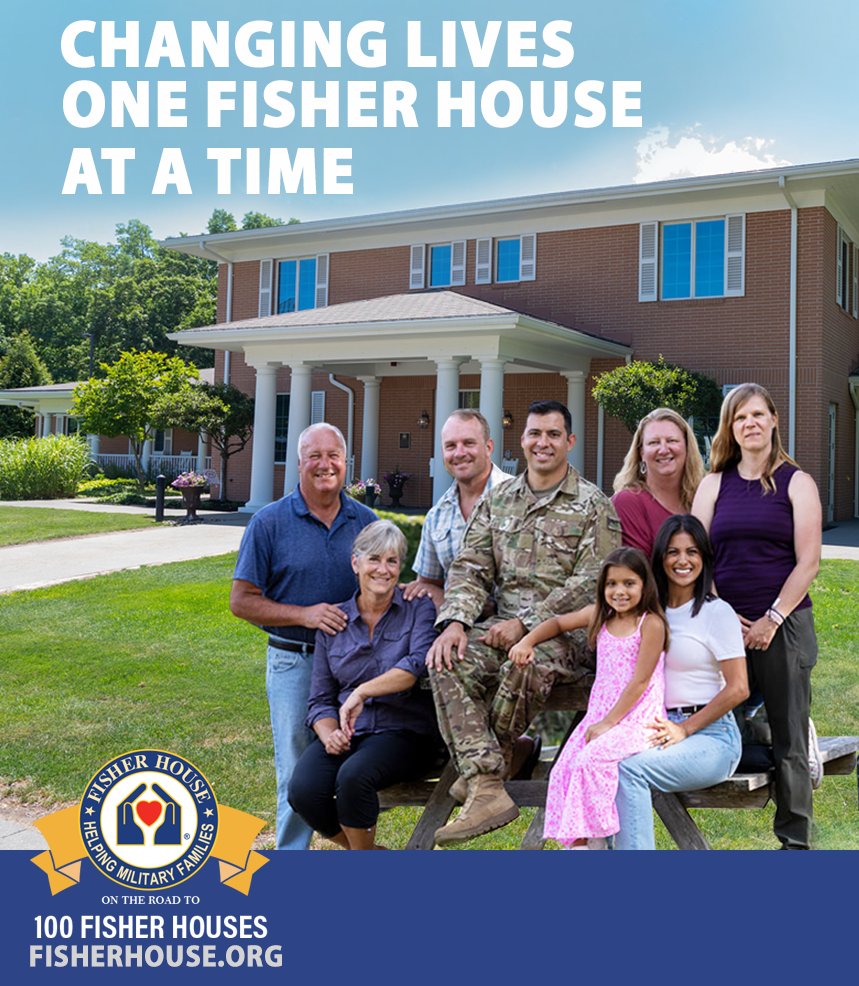 Have you heard? We are On the Road to 100 Houses! We are continuing to build a network of comfort homes around the globe for #military and #veteran families during a time of medical crisis. Be sure to follow us on Instagram for the latest updates #OTRT100!…

Today we honor Fisher House founder, Zachary Fisher. On this day in 1910, Mr. Fisher was born. A true patriot of his time, he dedicated his life to making a difference. His love for the military, veterans, and their families has left a loving legacy that…

By 2024, we plan to open the doors to our 100th Fisher House! Our comfort homes bring #military and #veteran families closer to their loved ones during medical crisis. Because a family’s #loveisgoodmedicine! #OTRT100 #FisherHouse100 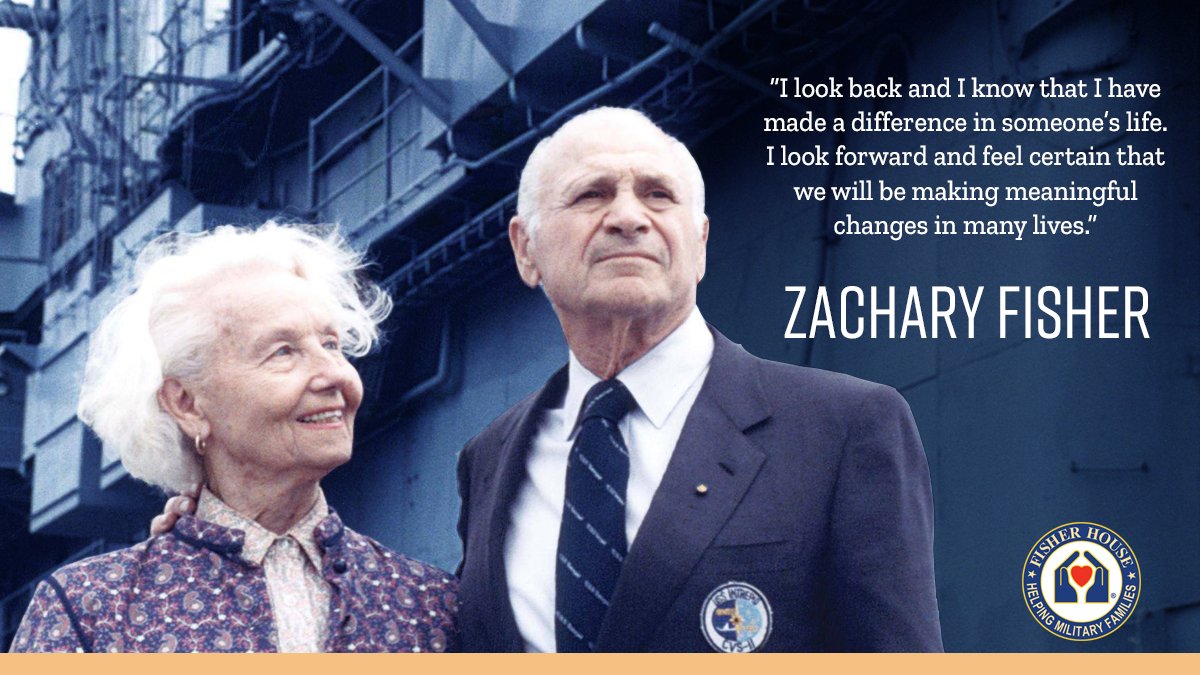 #FisherHouseFact On this day, our founder, Zachary Fisher, was born in 1910. Mr. Fisher dedicated his life to military and veteran families because he believed it is our duty to give back to those who gave so much in service to our nation. https://t.co/u1m9e8OJcx

This Gold Star Mother's and Family's Day, we hold these families tight, recognizing and honoring the families of the fallen. We will never fully understand your sorrow and sacrifice for this great country, but we will work to make sure you and your loved ones… 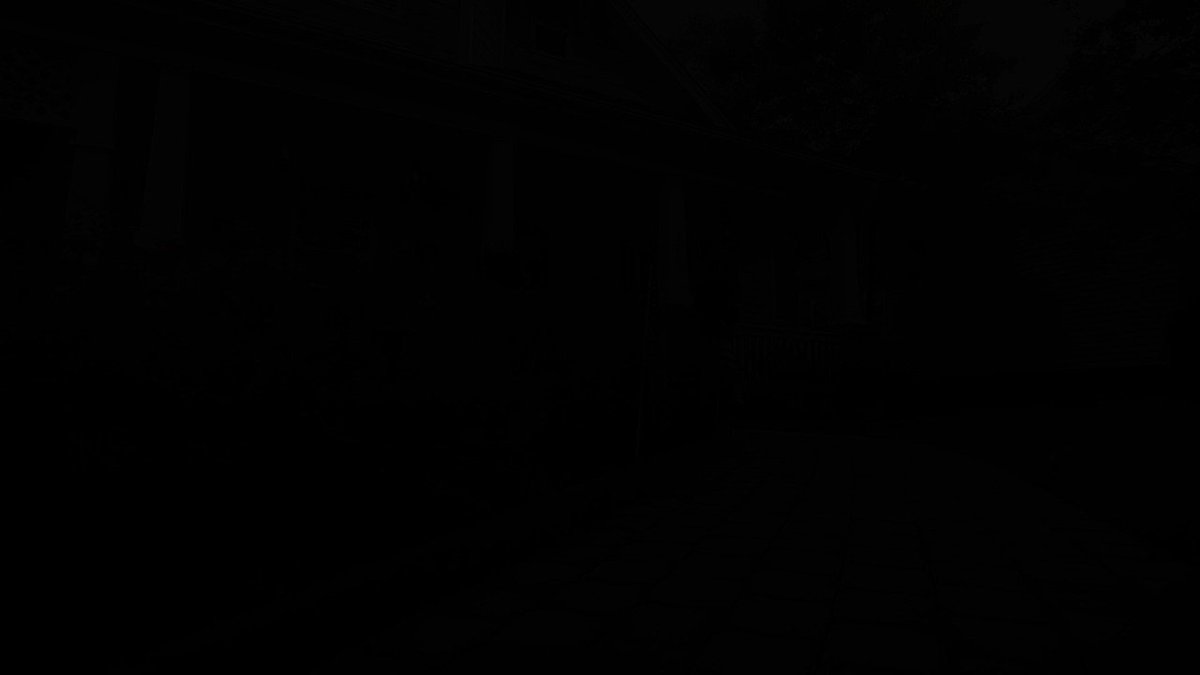 Gold Star Mother's and Family's Day, and every day, we honor our fallen military as we recognize the sacrifice of their families. https://t.co/QHeX7ysl5P

Christina Larsen and her family share about their time at the Dover Fisher House after they got the worst call that a military family can receive. Her Brother, Air Force Capt. Ryan Phaneuf, and another pilot perished in a crash. Read more about Christina’s… 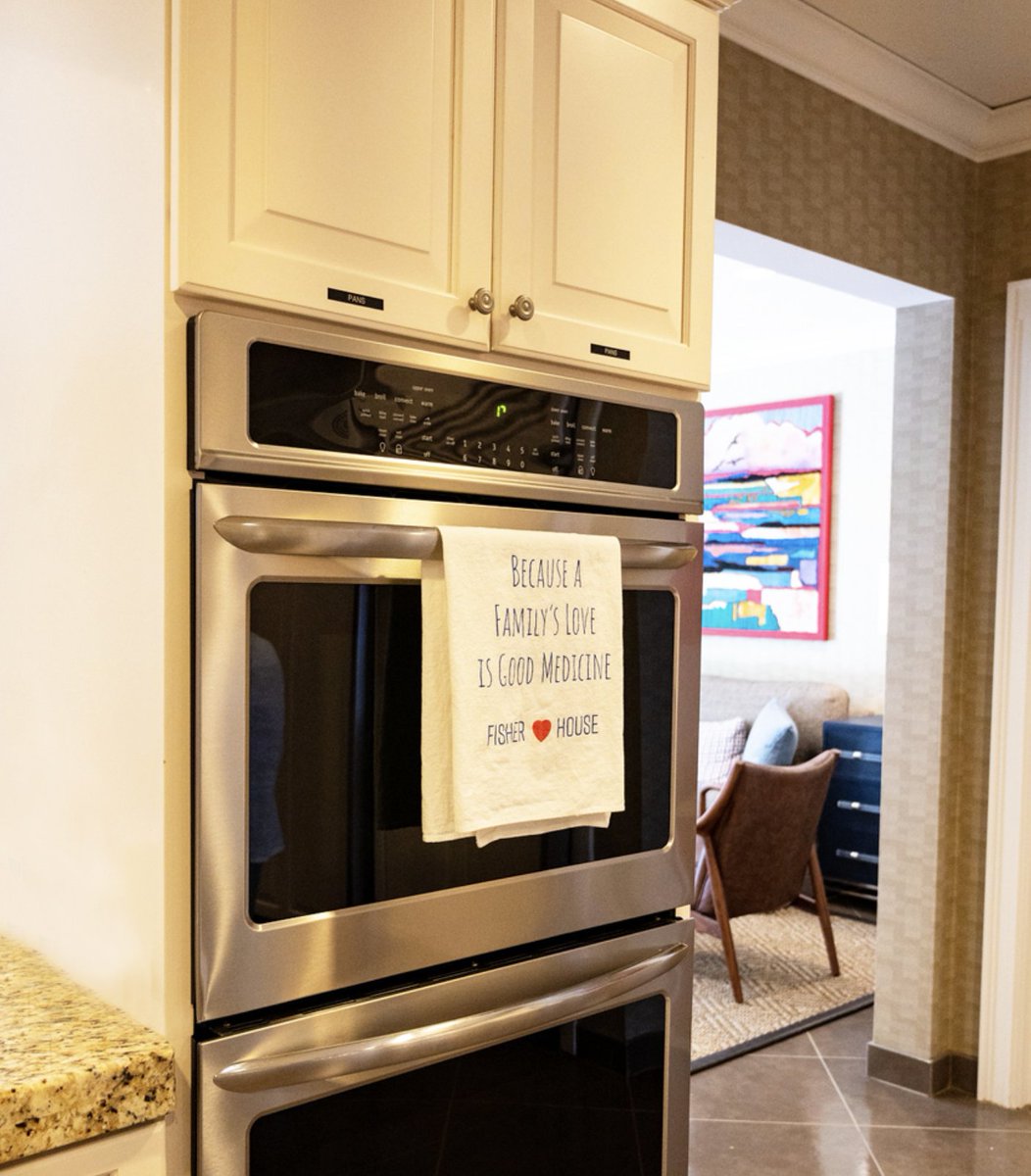 A Family’s love is Good Medicine… but a comforting meal can help, too! #NationalCookingDay https://t.co/OQMuXvyakN

Since 2010, the St. Louis #FisherHouse has provided accommodations to families of military and veterans during a medical crisis. Thank you to the staff, volunteers, and families that make this house a #HomeAwayFromHome. @St. Louis VA Medical Center 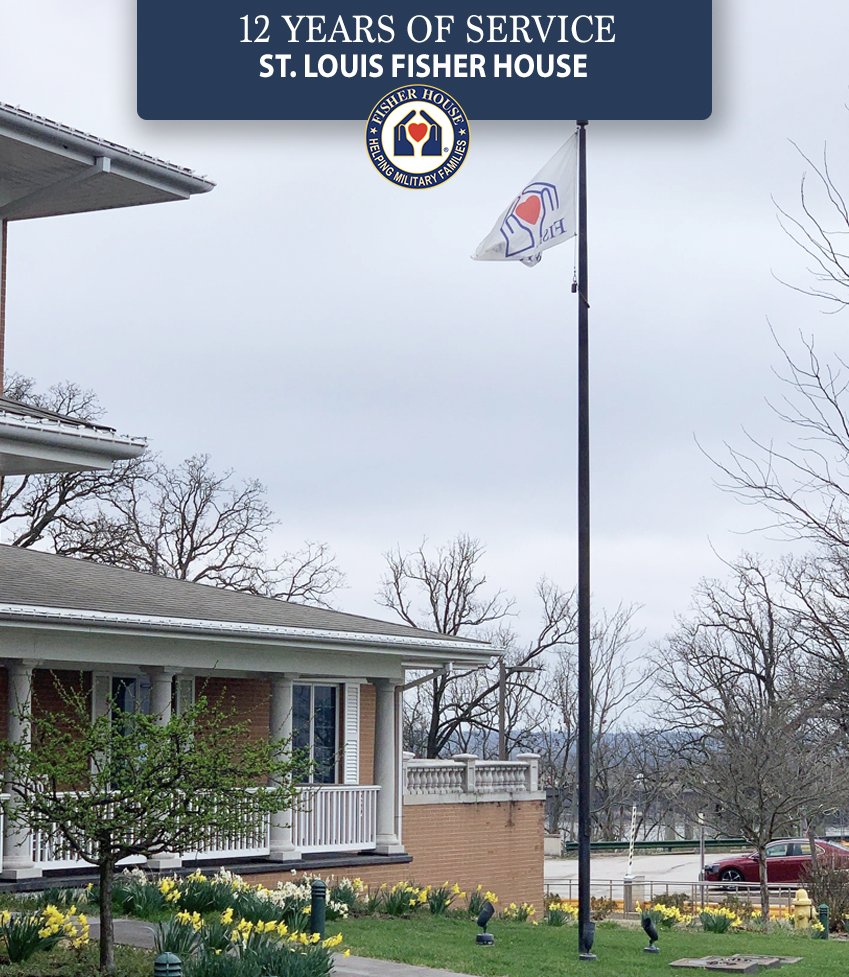 Help us wish the @STLFisherHouse a very Happy 12th Birthday!! Thank you to the staff, volunteers, and St. Louis community for your love, laughter, and care every day for our military and veteran families. https://t.co/4er4bgV5eN

#BeThere it can save a life. #SuicidePrevention