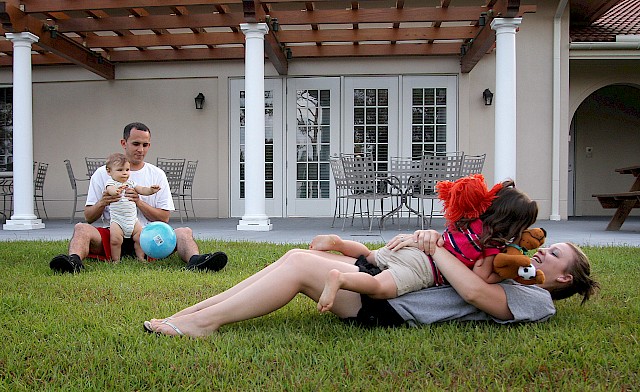 Late last summer, the Gaspar Family was in for big changes. The Air Force family of five had been reassigned to Kadena Air Base, Japan where Maj. Ian Gaspar would serve as a pharmacist.

Throughout the Fall, Ian, his wife, Kimberly, their two teenagers, Cydney and Noah, and toddler, Gwyndolyn, settled into their new home.

Kimberly felt worn out but attributed this to the stress of the move. By November, however, things had gotten worse. She was starting to get clumsy, she was forgetful, and she even fell. At this point, they knew it was more than fatigue.

The initial diagnosis was Multiple Sclerosis, but an MRI confirmed it was actually a very rare brain tumor. The neurosurgeon they met with recommended treatment at Walter Reed National Military Medical Center, where Kimberly could receive not only the surgery she needed, but also the longer-term support for recovery.

They received this diagnosis on December 20. Things began happening very quickly. The family of five packed two suitcases each and traveled to Bethesda, Maryland where they were welcomed into the Bethesda Fisher House.

On January 10, Kimberly and Ian met with her new neurosurgeon at WRNMMC and in early February, she underwent an extensive two-day surgery to remove the tumor. Then the long recovery process finally began during which she would receive 30 treatments of radiation therapy to reach what couldn’t be removed during surgery.

“Being here at the Fisher House was great because we could just walk to the hospital.” said Ian. “She had multiple appointments every week with physical training, speech therapy, and working on her vestibular and cognitive abilities.”

When the Gaspar Family left Japan, they knew that traditional school wasn’t an option for the next year. Cydney and Noah were already doing distance learning when schools shut down because of COVID-19 and the rest of America followed suit.

Ian also explained that the staff was very helpful with explaining the precautions put in place as COVID-19 spread throughout the country. “We really appreciate the openness and the way everything was handled. It made us feel comfortable,” he said.

“Before this experience we heard of the Fisher House but didn’t really know how large an organization it was, but since, we will never forget the impact the foundation had during a significant part of our life,” said Ian. “Though we were given much support from many different contributors, the Fisher House played a significant part, one that we feel we may never be able to repay. A safe, warm and supportive, communal household where we can keep our family intact and persevere, while my wife received her much-needed care, at the hospital which was a few minutes' walk away. For that we will always be grateful for the support given by the Fisher House Foundation.”

The prognosis is good, but doctors anticipate Kimberly will continue to need care for two to three years as she recovers. The Air Force granted a request for reassignment to Wright-Patterson Air Force Base in Ohio, allowing them to be close to family in Indiana and the top-rated neurosurgery department at The Ohio State University Wexner Medical Center. The Gaspars will relocate to their new assignment at the end of July, finally getting to settle into a home after a year of unknowns.

Who needs some new meals added to their menu? Let’s get cooking with Veterans Health Administration (VHA) - U.S. Department of Veterans Affairs. They put together a collection of healthy recipes that can be downloaded and printed.

It’s National Oatmeal Month! This budget-friendly, fiber-rich, delicious recipe is a perfect start to a cold winter day & also good for your heart! @VeteransHealth has more recipes & support from Registered Dietitian Nutritionists ready to serve veterans and their families.

Our mission to support services members, veterans, and their loved ones goes beyond our doors. https://t.co/sw7nM2Q3z5 #FisherHouse

“There is unspoken power in a hug. It is the best answer to so many situations. A hug can say, ‘I can’t fix it, but we are here, we understand, and we care.’ This act of pure love says from one human heart to another ‘you are not alone.’” -Vanniecia…

.@Militarydotcom has put together the most anticipated military movie list of 2022. Which movie are you most looking forward to? https://t.co/03fJ7moPZG

Veterans from Vietnam to the most recent conflicts attended the 2022 Tee It Up for the Troops REUNION. A powerful event making an impact on the lives of combat veterans. Many of these service members reunited for the first time in a long time. “What…

Ready to roll up your sleeves and volunteer?? @FisherHouseEC is looking for 33 volunteers for their February event! #giveback #FisherHouse #volunteer https://t.co/LOMS6URKdM

Rise and shine!! We want to know, using only GIFs, what kind of morning person are you? 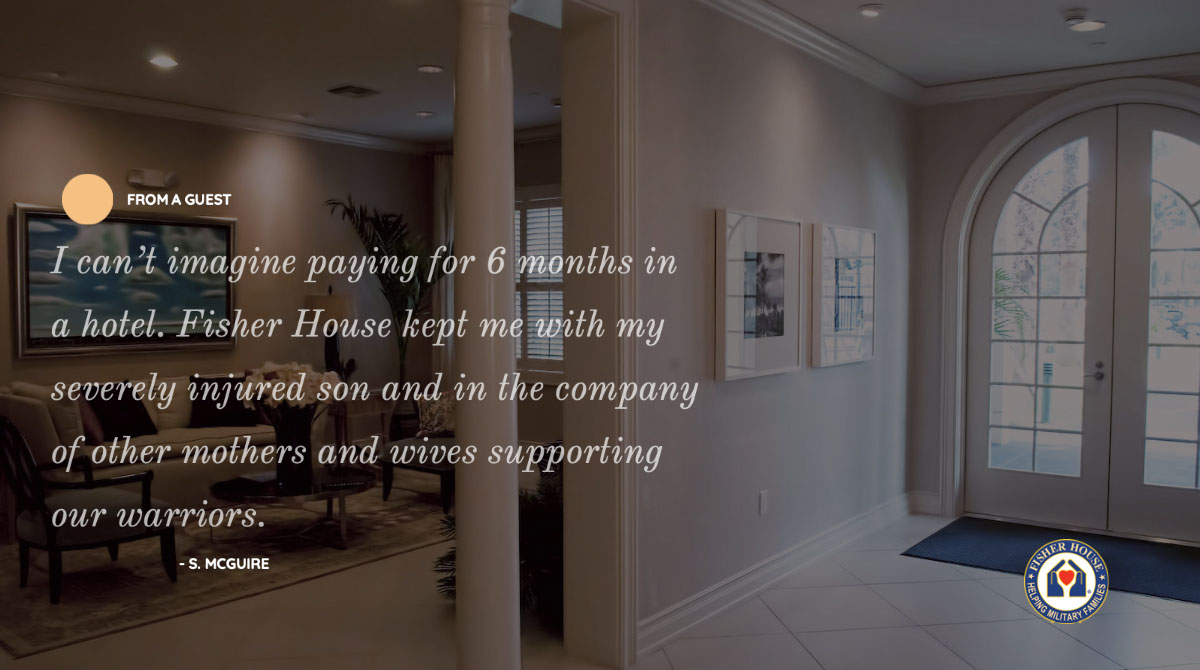 We hope you have a poppin' good day! 🍿 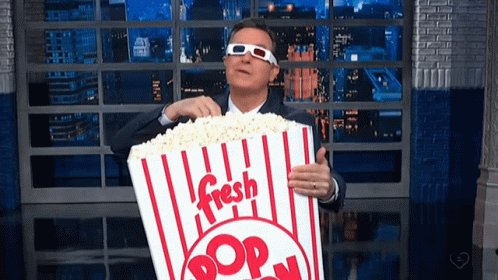 We hope you have a poppin' good day! #nationalpopcornday https://t.co/pdAaQnTTQA

We believe a family’s love is good medicine. #FisherHouse #homeawayfromhome

What happens when you fire a replica of the “Roaring Meg,” a mortar used in the English Civil War in 1646, at an RV? https://t.co/2KgJkr22SR 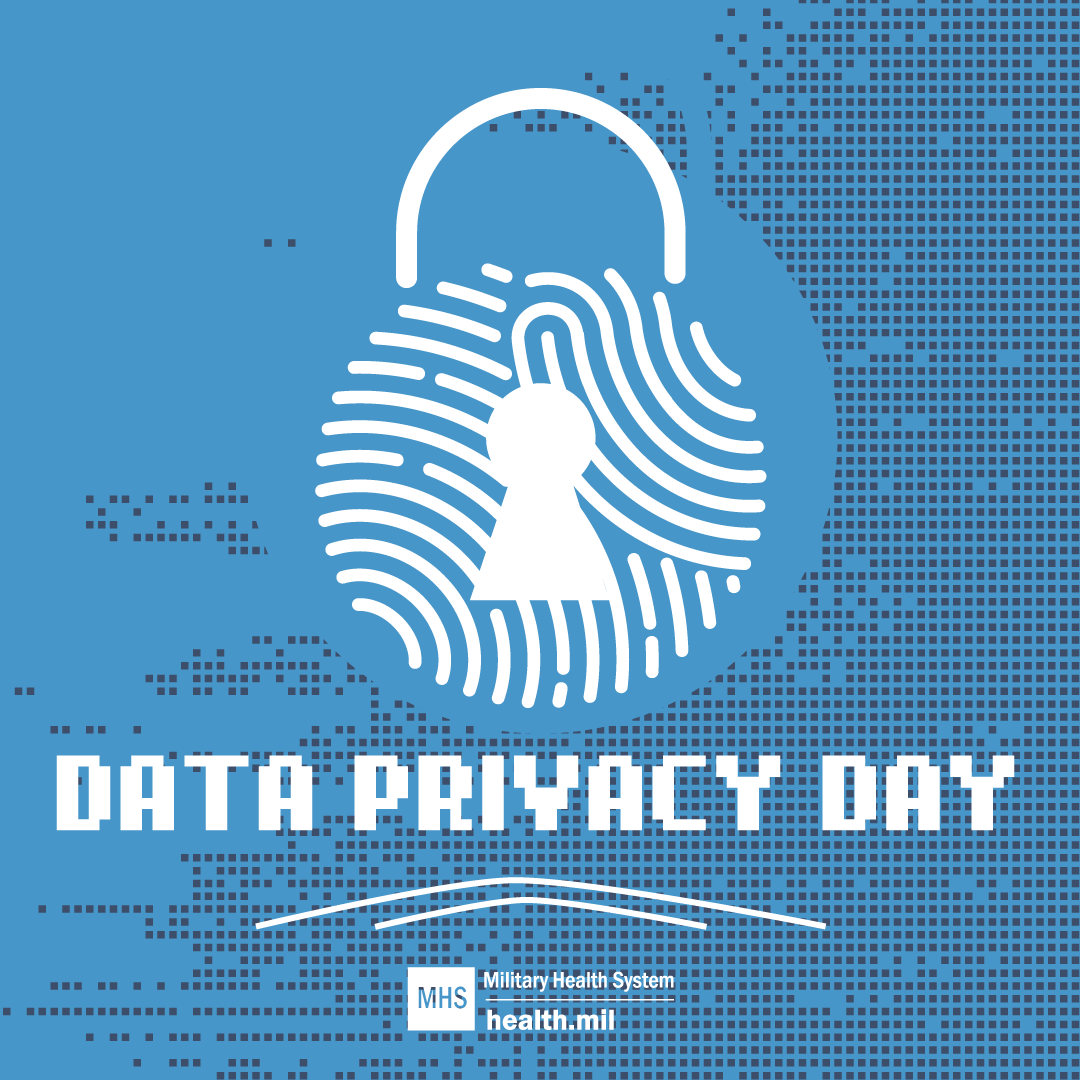 In a world of social media and life online, it’s getting harder and harder to make sure personal data stays private. This #DataPrivacyDay make sure your data is as secure as possible. https://t.co/YZmMeRThfY https://t.co/88kJr7atAd